I spent my teen years behind the Zion Curtain, in Salt Lake City, Utah. That time and place has put an indelible stamp on who I am today. If you aren’t familiar, Salt Lake City is home to the headquarters of the Church of Jesus Christ of Latter Day Saints, or more colloquially, the Mormons. Best known for large families (like the Osmonds) and clean living, it was like this bizarre universe I got dropped into. 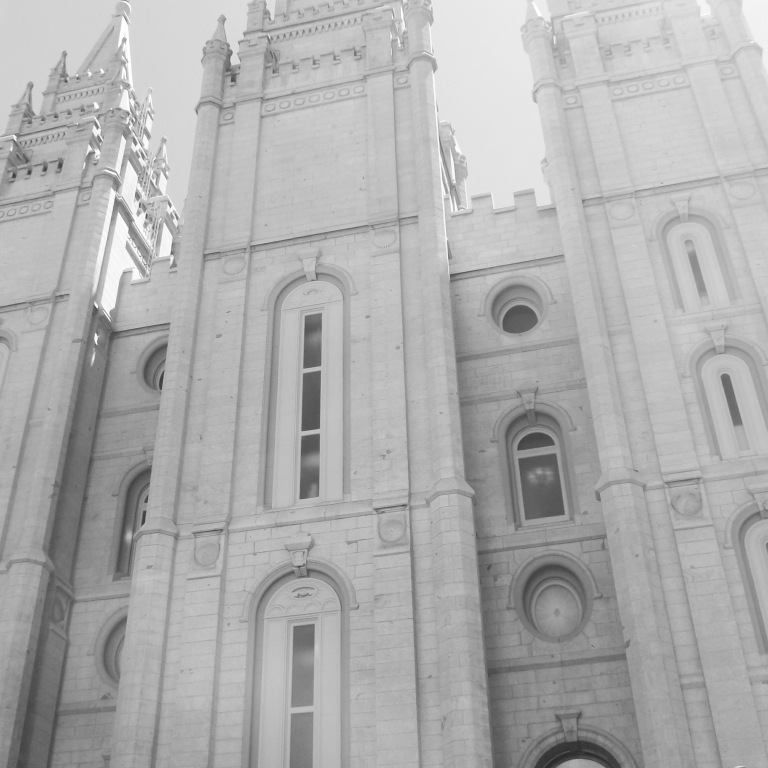 I didn’t experience a lot of the same things teens in other parts of the country did. For one thing, the state owns the liquor stores AND its against Mormon doctrine to drink, so getting wasted as a teen was quite the challenge. It’s not like you could steal stuff from your parents or use a fake ID (not that I would know anything about that), you had to plan.

Growing up, my family never made alcohol to be some sort of unobtainable rite of passage. The house I lived in had a full fledged circular bar (well stocked) in the basement. It basically took out all the allure, especially seeing relatives having a bit too much fun at family gatherings. If I wanted to drink, I could but in the presence of an adult family member. Oh, the fun you could have right?

The reality is, I really didn’t want to. I tried to drink. I really did. I tried to fit in at parties and in college. And…it really didn’t work. I don’t like the taste of most alcoholic beverages and the ones I do are so sweeteningly disgusting, the alcohol portion is negated by the spike in blood sugar.
Most of all, I’m a total control freak. I don’t like anything that is going to inhibit me from being aware of my surroundings and situations at all times. I don’t like not being large & in charge. Alcohol lowers your inhibitions and I’ve seen too many poor decisions made by others. I’ve baby sat some of them too. It’s my type A personality, I suppose, but I can’t handle not being clear minded.

If I’m going to have feelings, I want to actually feel them. I remember the night my dad died, I sat up all night, sobbing and listening to some of his favorite music. That would have been an opportune moment to get plastered. But I did it, sober.
Just like whenever my heart got broken. Or 9/11. Or any other tragic moment in my life.

That’s not to say I haven’t had any alcohol or been drunk. I’ve tried, but it’s not my gig. Peer pressure doesn’t end in high school, it continues on at block parties and PTO auctions. The amount of time I’ve had to explain myself was exhausting.

“Are you in recovery?”

“No, I just don’t like it” (silently screaming, “just in recovery from judge mental assholes like you”) after that statement, I generally get shunned like the failed conversion project that I am.

I’ve been called a priss, a prude, a goody 2 shoes and worse. It used to bother me, but I stopped caring what others think. It takes too much energy, energy that can best be spent in more productive ways.

I don’t need alcohol to “relax after a long day”. If you’re using that as a benchmark  to deal with stress, I’d be perpetually drunk. I work full time, own a house, have a child with special needs and am the primary caregiver for my mother. I know a thing or two about stress. My relief doesn’t come from a glass. I either hit the gym or the road, depending on the day or weather. (For a while, it was the drive through but that’s another story for another day.)

I don’t need alcohol to make me more interesting to others. I’ve led a pretty amazing life. I’ve been to 6 out of 7 continents. I’ve hiked in rain forests, been rock climbing in a variety of places, skied a lot of mountains  and swam in a lot of different oceans. I’ve snorkeled coral reefs and went on an archeological dig. I’m fairly well read and keep up with current events. I listen to an incredible variety of music, love and support the arts and even know some pop culture. If you don’t find something about me that’s interesting or to talk about, then that’s on you.

Getting through life sober suits me fine.